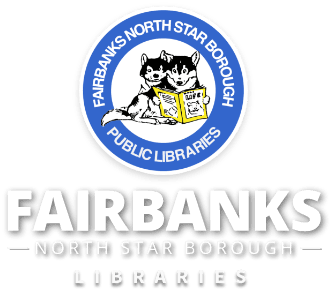 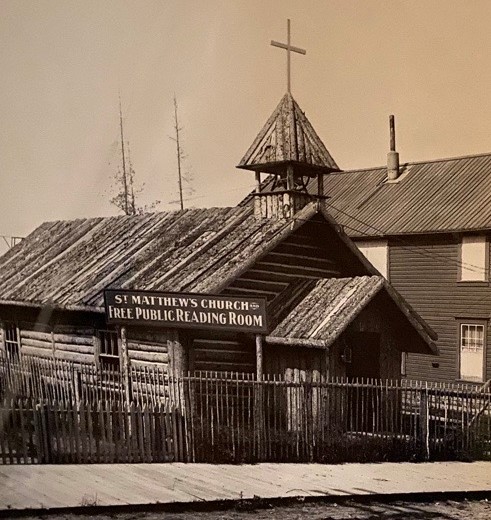 Fairbanks was founded in 1903, after prospectors discovered gold in the region. While the new town enjoyed a number of bars and bawdy houses, the prospectors didn’t discover many books there. News of this reached the Pennsylvania newspapers and captured the attention of George C. Thomas, a prominent Philadelphia banker, philanthropist and book collector.

Mr. Thomas’ abiding interest was in the missionary efforts of the Episcopal Church. He read about St. Matthew’s Episcopal Church in Fairbanks, whose main structure doubled as sanctuary and reading room in an effort to provide less sinful recreation for the local miners. Missionary pioneer Hudson Stuck described the church at the time: “Every day in the week and every night in the week, almost all night as well as all day, it was in use as a reading room … there were few hours of the twenty-four that men might not be found availing themselves of the only place of common resort in town that was not a liquor shop.”

The reading room contained some 1,500 books and magazines, 1,000 of which were donated by Archdeacon Stuck, and reading materials were also provided to inmates in the log jail as well as miners on their way to their distant claims. George C. Thomas read about the crowded little reading room and the miners desperate for wholesome recreation and decided to donate funds to build a separate library and to fund it with $1,000 annually for three years.

The more spacious George C. Thomas Library, a log building that included a basement, opened to the public August 4, 1909, shortly after Mr. Thomas’ demise. The library’s property and building remained in St. Matthew Church’s ownership until 1942, when it was turned over to the City of Fairbanks. The library’s fortunes ebbed and flowed in the intervening years, with charity dances and other fund-raisers employed to keep the doors open.

The Fairbanks North Star Borough was created in 1964, and four years later the City of Fairbanks surrendered its library powers and gave the Thomas Memorial Library to the Borough. A Friends of the Library group formed in 1965 to promote the construction of a larger modern library, but their plans were delayed by the cataclysmic flood of 1967, which flooded the entire downtown, including the old library and destroyed over 2,000 books.

A Council of Library Supporters organized in 1971 to support the library and its effort to build a new facility. A year later the Borough received a federal grant to build a branch library in North Pole, and it opened in 1974. That same year voters approved $4.9 million bond issue to construct a new main library on the old Weeks Field airport runway.

The new Noel Wien Library (named for Noel Wien, the famed bush pilot and founder of Wien Alaska Airways and Wien Air Alaska) opened in 1977. The library’s public areas were expanded by approximately 20,000 square feet in 1997 with the help of a bond issue, local donations, and general fund contributions.

Helen Bentley formed a family trust in 1977 that named the borough’s public libraries as a 15% beneficiary, along with the Fairbanks Memorial Hospital Foundation, UAF, Swedish Memorial Hospital, Seattle Public Library, and UC Berkley. The trust’s revenue was mainly derived from selling Bentley farm land in north Fairbanks where many box stores are located. Once the land was sold, the trusts were dissolved, but not before the borough received approximately $10 million for its libraries.

Today the Noel Wien Library is a thriving community center with an average of 30,000 visitors a month and over 260,000 items in our collection. It is a place where Fairbanks can meet, research and relax. Every season has something to offer: summer childrens’ reading programs, adult learning and digital literacy offerings, and a warm cozy place to read a book. Of particular interest are our beautiful summer gardens with a fantasy of blooms cared for by our wonderful Borough Parks and Rec team. We look forward to the future as we continue to grow and adapt to the needs of our ‘Golden Heart City.’ 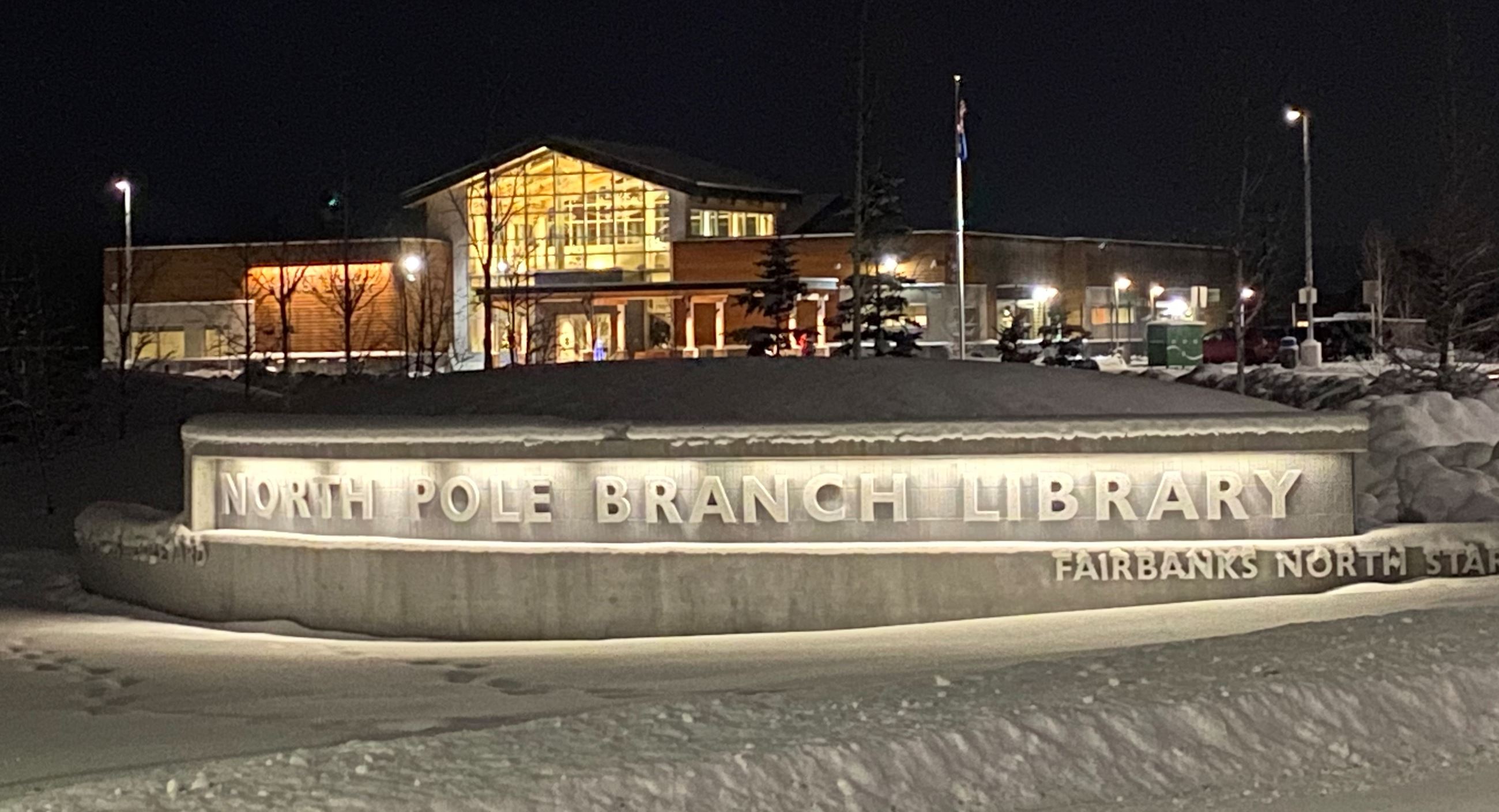 The North Pole community has always had a strong public library presence. Despite the limitations in lot size of the original site on Snowman Lane, the branch library was enlarged in 1981 and again in 1994 to reach its final 4500 square foot size. Nevertheless, the facility’s small dimensions seriously limited the numbers of patrons able to attend programs, as well as the size of its collection. So a search for a new site began in 2005, and an 8.9 acre site next to the North Pole High School was purchased in 2006.

In January 2011, a grant from the Rasmuson Foundation underwrote the FNSB Library’s participation in the Foraker Groups Pre-Development Program to do a feasibility study and create a “business plan” for constructing a new North Pole Branch Library facility with the help of interested North Pole community representatives. By the following June, design features had been agreed upon, architectural renderings were complete, outside cost estimates for the project were compiled, and a strong business plan was published. After an arduous application process for a 50% Library Matching Grant through the State of Alaska in fall 2011, the North Pole Project was ranked first by the state among the potential library projects competing for legislative funding.

Construction of the new North Pole Branch Library began in 2012 and the library was completed in September 2014. After a month of moving into the new 18,450 square foot building, the new library opened in November 2014. Local artists were selected through an art committee to provide a 1% for art contribution in the lobby of the new building and in the fireplace area. Mark Fejes created the interactive “Audacious Book” that is now featured in the lobby and Holly McQuinn was selected for her glass Snow Crystals featured in the fireplace area.

The Fairbanks North Star Borough was pleased to have a beautiful new library, debt free, with a multipurpose room, conference room, and study rooms that could serve the community.